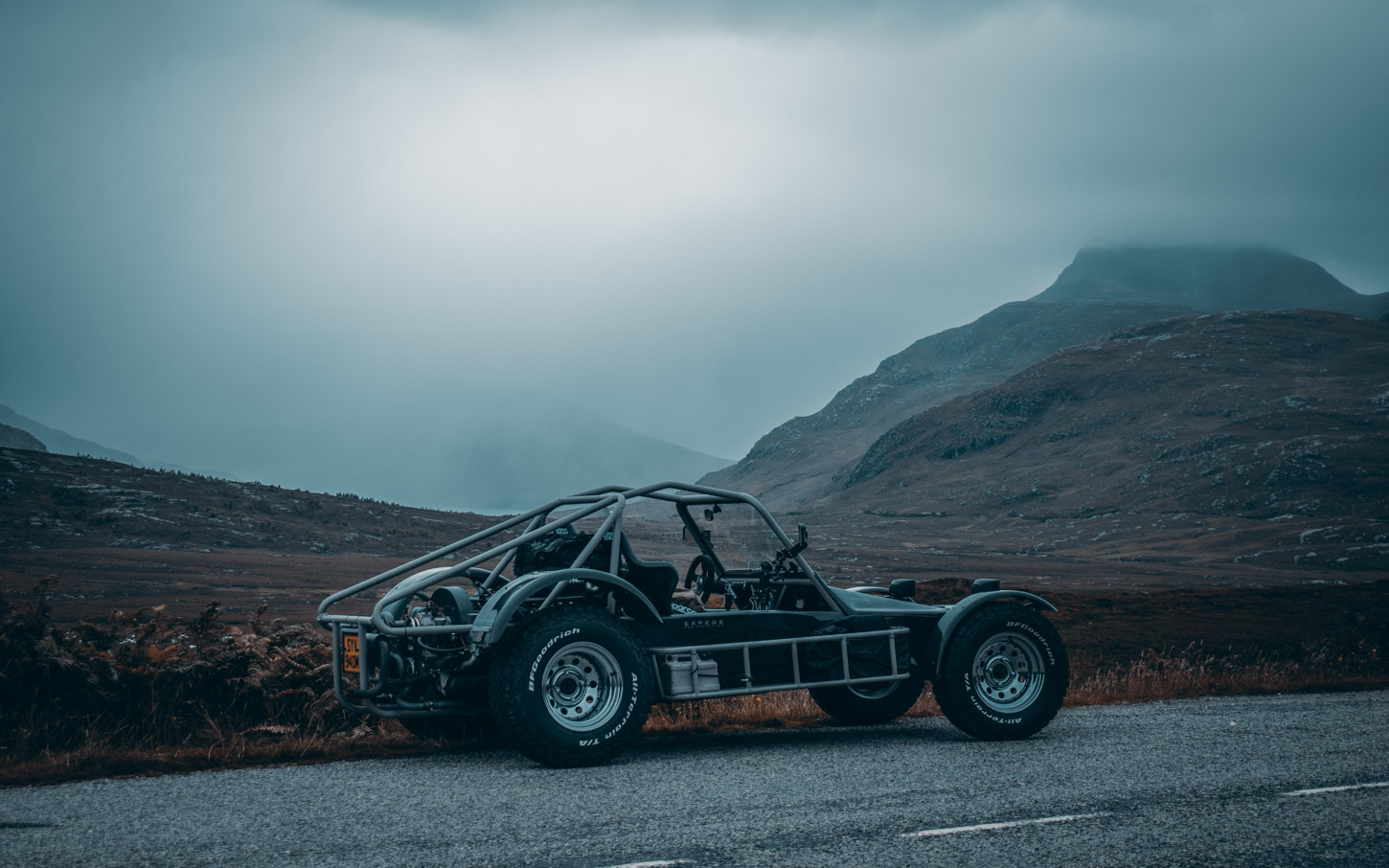 I’d spent about 4 days running in Overlander 001 and had managed to put about 600 miles on the clock. It was time for a quick service and then I was heading up to Scotland.

I didn’t have a plan or an itinerary. I was just going to Scotland.

It had been year of alterations, tweaks and then just as everything seemed to be coming together, Covid smacked us. All plans were off for the summer. Dave managed to keep the workshop going, but with little or should I say zero support available, it certainly wasn’t easy.

But, true to his fashion, Dave pulled through and we heard the first cranks of the 1641cc engine turning into life by the end of July 20.

You have a significant amount of interest in the weather when you are driving a vehicle with no roof or sides!!

It was about 15.30hrs in the afternoon, Matt, Ryan and Matt had just finished some final checks and I was to be on my way. Google maps reckoned I would get to Loch Lomond (I figured a decent point to aim for) for about 00.00hrs, though I decided to wait 20 mins for an absolute down pour to finish. No doubt I would be catching it up again as I headed up the M6.

Cruising nicely at 50mph, I was conscious that I had only put 600 miles on the clock, it wasn’t time just yet to open number one up.

I seemed to dodge every rain cloud heading up to Loch Lomond, as I past Carlisle I could see down pours in the distance on each side of the motorway, surely I’d be driving through one! … but no, it was clear all the way up!

I managed to get to Loch Lomond at about 01.30hrs. There was absolutely no chance of finding a BnB at that time in the morning, plus with everyone released out of lockdown it was pretty busy too.

So I did what any self respecting Overlander owner would do and got my head down at the side of the road.

I’ve spent quite a lot of time in Scotland and never … and I mean never have I experienced a Midgey fest like it!! … I guess they too were affected by the lockdown and were making up for lost time.

I went through Fort William, grabbed some breakfast and made my way to the Royal Marines Commando memorial at Spean Bridge. It had been 10 years since I was last there for a Remembrance Service whilst in the Corps. Surrounded by the most stunning scenery, the atmosphere poignant and quiet as visitors pay their silent respects.

After a pause for reflection I headed to Applecross.

Apparently there was a road that existed called the Bealach na Ba pass, that was so epic, Top Gear have used it for filming. I had to check it out and it didn’t disappoint!